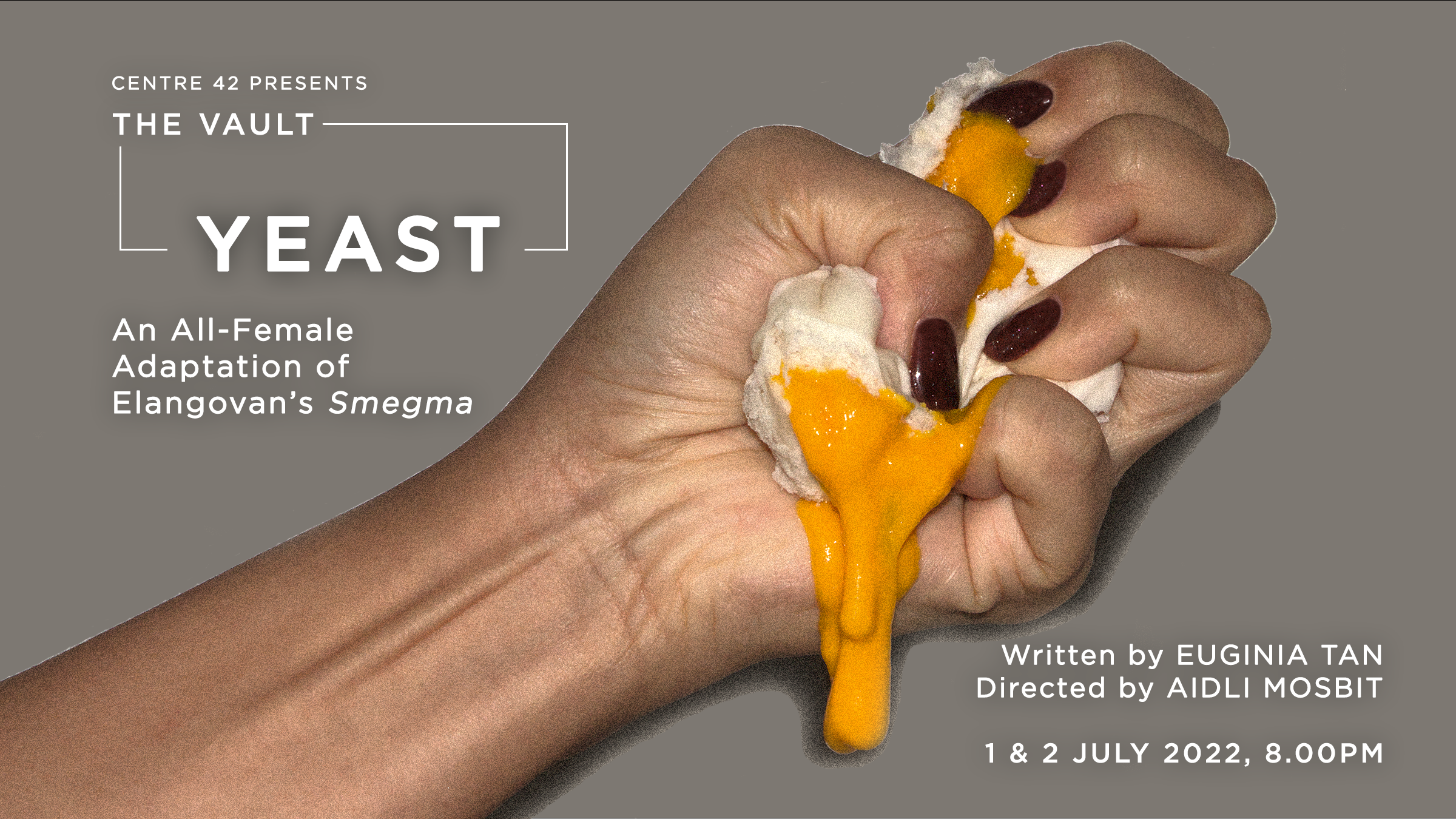 Register for an Invitation

Yeast is an all female adaptation of the 2006 play Smegma.

Smegma was written by Elangovan and was originally slated to be staged by Agni Kootthu (Theatre of Fire) in 2006. The play is a series of ten vignettes depicting imbalances of power dynamics, socio-economic paradoxes and moral dilemmas.

In Yeast, playwright Euginia Tan has edited and dissected the play to put women at the forefront of its violence, representing the aggression of the masses. How are women portrayed on stage as both perpetrators and victims, on an equal playing field? Are women roles given as much confrontational autonomy as male roles?

Smegma was originally slated to be staged by Agni Kootthu (Theatre of Fire) on 5th to 6th August 2006 at the Guinness Theatre, The Substation, with support from the Arts Fund. The performance was given an Arts Entertainment License with RA18 (Restricted Artistic 18 years and above only) rating and advisory: “The play contains strong language and adult themes that may be objectionable to some members of the public” by the Media Content Division (Publications and Arts) of the Media Development Authority (MDA) on Tuesday 1 August 2006. The license was cancelled on Friday 4 August 2006. As a result, Smegma could not be staged.

Click on the links below for more information about Smegma: